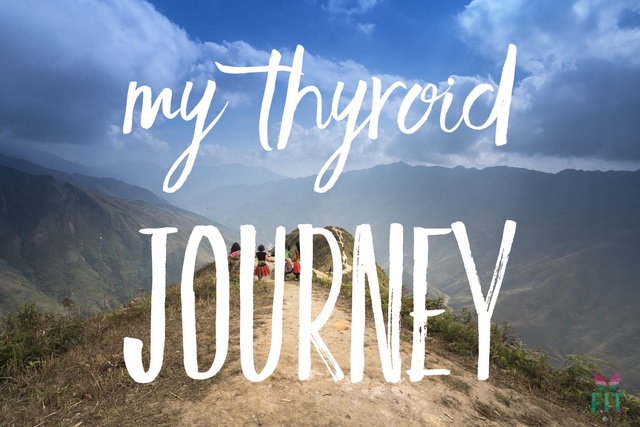 My thyroid journey began the summer of 2002 when I was diagnosed with a thyroid nodule during a routine doctor’s visit. However, after everything that I’ve learned in the past several years I believe my issues with my thyroid probably started way before that time. When the nodule was first noted my doctor said that nine times out of 10 it’s nothing, but he recommended that I go get a scan done…which led to a myriad of scans and needle biopsies…which all were inconclusive since the biopsy revealed that it was follicular cells (and follicular cell can be benign or cancerous). So, I was told that we would need to remove the side of my thyroid with the nodule so that they could do a more extensive biopsy.

The initial thought by my surgeon was that it looked clean and that it probably was not cancerous, so they left me with one side of my thyroid. So, I thought that things were going to be okay when I received a call from my doctor on a Saturday to inform me that the results from the biopsy revealed that the nodule was indeed cancerous. He told me that all of the cancer had been removed, but he highly recommended that I have another surgery to remove the other side of my thyroid and follow up with radioactive iodine treatment to kill any remaining thyroid cells that were in my body. Well, needless to say, I was pretty freaked out and decided it was best to get rid of any of the stuff that could cause me to have a cancer reoccurrence…so surgery number two was scheduled.

So, my journey continued with a second surgery (and recovery) and on to the radioactive iodine treatment…followed by frequent blood draws, follow-up scans, and of course medicine adjustments. I was placed on Synthroid (T4) medicine and my TSH levels were kept pretty low to begin with due to having had thyroid cancer. Although, my doctor kept a pretty close watch on my TSH levels during pregnancy as he got alarmed when my levels raised significantly during my first trimester. Then, at a certain point, I had to switch doctors due to insurance and my new doctor didn’t want my levels to be so low…so he lowered my dosage. I would continue to go to the doctor and tell him all of my hypothyroid symptoms and he basically made me feel like I was crazy. I had even done a little research and found out that T3 was the active thyroid hormone and when I asked my doctor if he could check those levels too, he told me that it was an expensive test and it wouldn’t change how he treated me. Well, that was kind of the last straw for me and I started doing my own research and eventually fired that doctor.

Before I continue, I want to add that I had been starting to have some issues with my nerves and so I was researching all the potential causes and happened to see that hypothyroidism can cause certain issues with numbness and tingling. So, I asked my general practitioner if she would check all of my thyroid levels…and when she did my T3 was indeed hypo, but my TSH was over 15! However, I should add that within this time I was sent to two neurologists…along with other specialists, to help me determine the cause of my nerve issues and it wasn’t until I asked my second neurologist if my thyroid levels could be causing any of this that anyone recognized this could be a contributing factor…and she said that some people just need to be within a very specific range. So, although it was nice to have the first neurologist rule out Multiple Sclerosis (MS) by doing an MRI, it would have been nice to have one of the initial doctors consider that thyroid levels could be a factor in my symptoms, especially since I don’t have a thyroid. Anyway, to make a long story short, I knew I needed to be treated differently than I was and after researching I decided to find a doctor who would prescribe me WP Thyroid (the purest of the natural thyroid medications). I started out at 1 grain, but then my new Endocrinologist who allowed me to stay on it didn’t know how to properly treat me with it. Consequently, I had started to get better after switching, but since my new doctor wouldn't increase my dosage (and kept lowering it) I was still having issues.

During this time I was discovering thyroid advocates like Gena Lee Nolin and her Thyroid Sexy Facebook page and Stop the Thyroid Madness…of which I joined a group they host for people without a thyroid and found a list of recommended doctors, which led me to my current doctor. It was such a relief to go to a place where they recognized the value of listening to a patient’s symptoms…and treating accordingly. Now that my thyroid levels (all of them) are near optimal range, I feel tons better. I now have energy to spend time with friends and family…and truly enjoy life. Plus, my nerve issues are totally gone, including the Raynaud’s symptoms that were secondary to thyroid disease.

Therefore, I hope my story will encourage others to be their own advocate and seek someone who will help them be able to live again. Or, more specifically, THRIVE! By doing my research and becoming my own advocate for my health I now can enjoy life. Oh, and by switching to a natural thyroid and making some changes in my diet I no longer suffer from the nerve pain that plagued me several years ago and I am able to exercise…and even teach fitness classes. So, I encourage you to step out on a limb and search for someone who can help you thrive…not just survive. 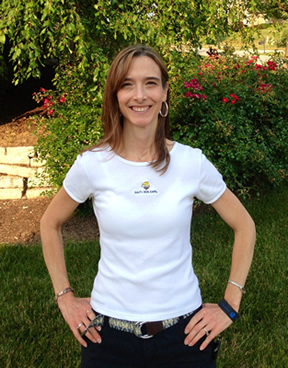 I am a wife, mother, Speech-Language Pathologist, thyroid cancer survivor, and an ACE Certified Personal Trainer and Health Coach. As a Functional Training Specialist, I love to help others stay injury-free. My passion is to help others who struggle with their weight, thyroid, and/or hormone issues to learn how to achieve their optimal health.